I had been eagerly waiting for the right time to breed Basia to McCoy, but Basia got impatient and seduced young Charlie a day after he turned seven months old. While this wasn't what I had planned, I was still excited to see Basia's kittens and share them with the world. I spent quite a bit of time before they arrived setting up webcams and then, for the last five days before they arrived, monitoring Basia remotely. Several of my friends were doing the same and on the afternoon of the 3rd, I received several notes about Basia's behavior and the likelihood of her having babies that night. I thought the same.

And we were all correct. Basia went into labor that evening but two hours later I knew something wasn't right. Off to the vet we went and found that a baby was stuck in the birth canal. An emergency c-section was called for. I braced myself for losing the baby who was stuck, while hoping for the best with Basia and the remaining three kittens. To my delight and joy, all four babies were born alive and are doing great. Thus the name of this litter. 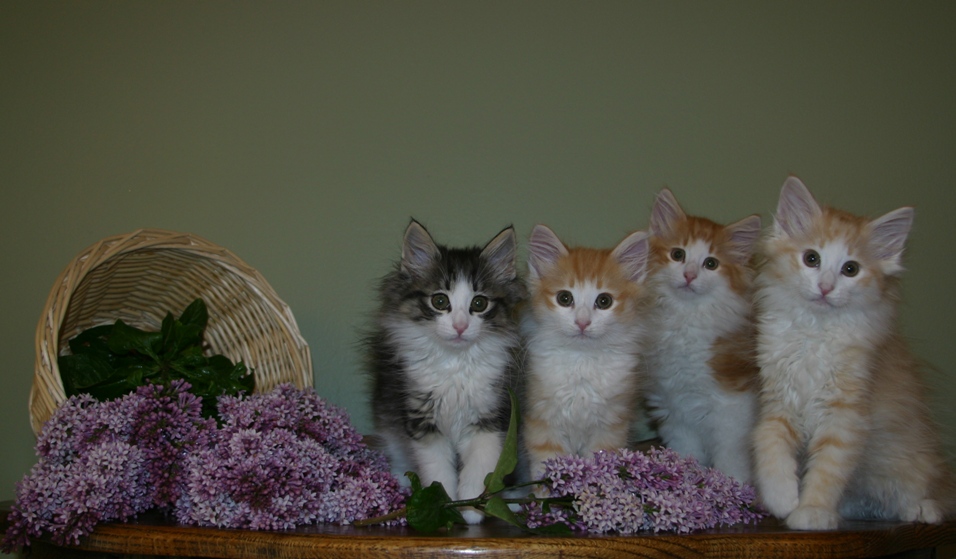 (click on the kittens' pictures for more photos of them)